What is Considered an Oversize Load? 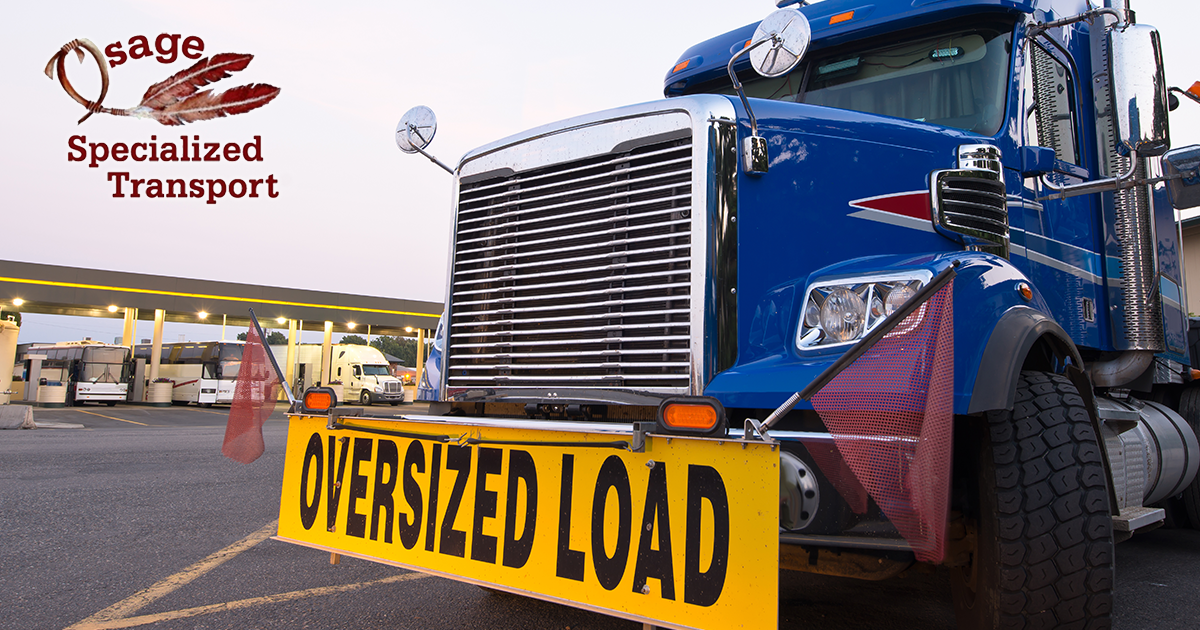 What is Considered an Oversize Load?

What to Consider When Preparing to Transport an Oversize Load

With so much transportation of goods happening on a day-to-day basis, this inevitably includes transporting oversize items, from premanufactured homes to aircraft wings and wind turbine blades and other large equipment and machinery. These classic examples of oversize/overweight loads require special state permits because they pose a danger to the driver or others on the road and special precautions need to be taken for safety and protection of national infrastructure.

For example, permit restrictions may apply. Before applying for an oversize load permit, the exact route must be specified. Each state is different but a good general rule of thumb is that most states will only allow oversized loads to be transported within half an hour of dawn and dusk, only on weekdays, and exempting transport on holidays. These drive time restrictions are important for shippers to know when trying to maintain schedules.

What are the Legal Requirements for Transporting an Oversize Load?

The Federal Highway Act of 1956 created the Federal Highway Administration (FHWA) to oversee the nation’s interstate infrastructure. Further changes and amendments in the coming decades resulted in the creation and classification of the National Network (NN). The NN was authorized by the Surface Transportation Assistance Act (STAA) of 1982 and specified in the U.S. Code of Federal Regulations (23 CFR 658).

These rules were codified to preserve national infrastructure and promote safety in normal times. Conventional vehicle combinations allowed on the NN are tractors with one semi trailer up to 48 ft in length or with one 28 ft semi trailer and one 28 ft trailer, each up to 102 inches in width. Anything longer or wider is prohibited on the NN unless special permission is given by the states. The transportation of oversized and overweight loads can be done provided sufficient safety precautions are met, which are detailed below.

Generally, the maximum length of a flatbed truck trailer allowed is 48 ft, however, 25 states allow 53 ft long trailers without permits. So the heart of the matter is down to the dimensions of the oversize load as the flatbed truck itself is largely modular and standardized across the country.

According to the Federal government, an oversize load is a vehicle and/or load that is wider than 8 ft 6 in (102 in), whose gross vehicle weight (GVW) is over 80,000 pounds. Most states have a max height limit of 13 ft 6 in (162 in), with overpasses on the NN constructed for a maximum height of 15 ft.

Anything over these limits needs a permit. However, other criteria need to be met before a state will issue a permit.

Flatbed drivers will not be granted permits for any load that is reasonably divisible. Nondivisible loads are defined by the FHWA as any load or vehicle exceeding applicable length or weight limits which, if separated into smaller loads or vehicles, would:

This makes sense. Complicated pieces of machinery cannot be trivially disassembled, nor can the structural integrity of an airframe be maintained if it is cut in half only for transport. Yet if you need to transport 100,000 lbs of scrap iron and you are on a tight schedule – you likely can easily ship 80,000 lbs and 20,000 lbs without requiring a permit.

As always, limitations are determined by states and some states will allow oversize load permits for nondivisible loads, although the vast majority do not. Check with local state contacts for whether or not your oversize load needs to be nondivisible.

Guidelines are set by the FHWA and the reasoning is for having guiding vehicles is simple – oversized loads prevent the load drivers from using their mirrors. Oversized loads are also less maneuverable, take longer to stop and accelerate, and have a wider turning radius. These oversize loads make the vehicle less stable and prone to rolling over, trailer sway, rearward amplification, tail swing, off-tracking and more.

All P/EVO vehicles must be uniformly identified with required durable, fade-resistant yellow “OVERSIZE LOAD” sign (usually on the rooftop) and amber flashing or rotating lights that provide 360° visibility from at least 100 ft away.

Measuring your load is important and there are some significant types of non-cargo carrying devices excluded from the measurement of the width and/or length of the transport vehicle.

Know the length and weight dimensions of your load. The flatbed driver/operator whose nondivisible load exceeds a width of 102 in or a GVW of 80,000 pounds then you will need to purchase oversize/overweight load permits from each state the load is transported through. Depending on load width proper provisioning for having P/EVO’s guide the transportation may be required. Knowing these limits will allow for proper scheduling.

Get Updates to Your Inbox!